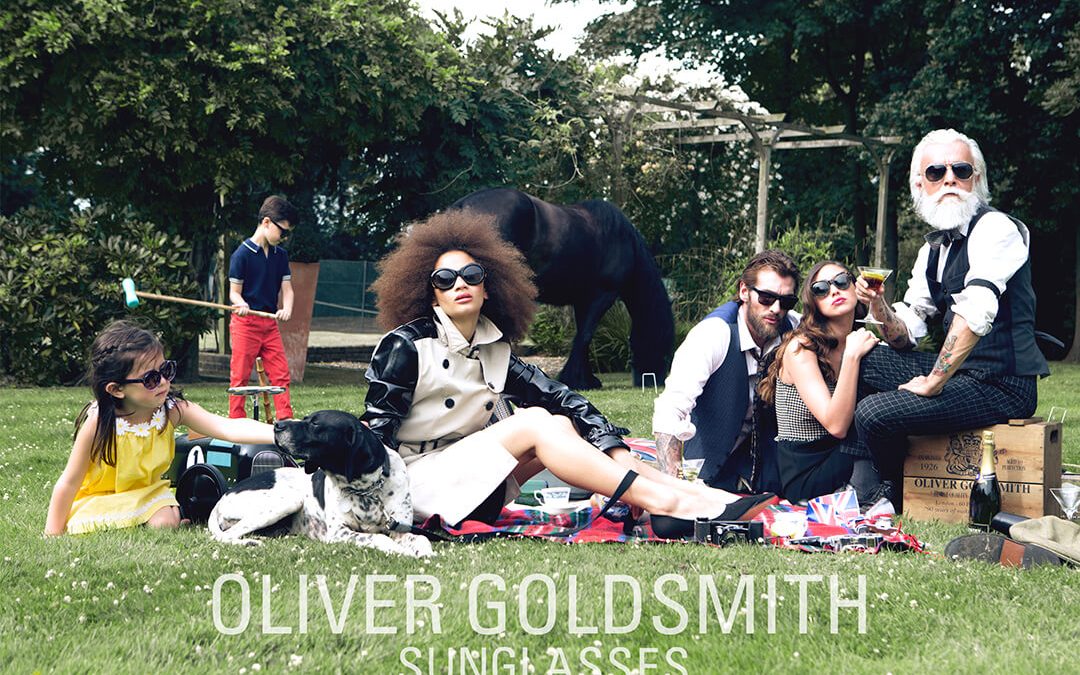 First to see sunglasses as fashion accessories, first to make sunspecs, first to make winter sunglasses. First to work alongside fashion houses to create one-off pieces for the catwalks, first to appear in Vogue and Queen, and first to be endorsed by celebrities and Royals. In the second half of last century, when it came to eyewear, the name Oliver Goldsmith was synonymous with stars and style.

Sunglasses gained high profile status during the mid-fifties and a selection of unusual designs started to appear. Oliver Goldsmith’s were becoming not only a means of protecting eyes from the sun, but also a fashion statement. Dress designers approached Goldsmith to create frames that would complement their seasonal collections.

Oliver Goldsmith has been a family-run business since its establishment in 1926, and the label’s icons and innovations are now flourishing under the creative direction of his great-granddaughter Claire Goldsmith. At Eyecare Plus Tamworth we are proud to now be part of the family.